Good day from a rainy Suzuka, hope that most of you have committed to waking up one last time very early, as it was the case in Malaysia. Let's be honest, it's worth the early wake up call and especially this weekend with a possibility to witness a turning point in the driver championship.

It's fascinating how the f1 journalist are divided at the moment on what is going to happen in the next 5 races. Some make the prediction that Japan and Brazil are the last two tracks where Ferrari can have the upper-hand over Mercedes. Malaysia was supposed to be a Mercedes dominance, it was far away from that. Personally, i don't believe that there is a track more suited to one or the other, it all comes down to how they can set up the car and go for it, from now on until the end.

That proves, in the end you can use the most technical and sophisticated language to defend your point of view, F1 will always be unpredictable until the end.

Since Singapore, Mercedes are struggling. Yes, Lewis won in Singapore and finished 2nd, last weekend in Malaysia. In both cases, Ferrari were either out of the race or started from the back of the grid, so we can make an educated guess of what would have happened if they were up front. When you look at the delta race times between Mercedes and Ferrari, Ferrari is in the last two GP in average 0.70-0.80 seconds faster per lap. Therefore, imagine Vettel would have started in the Top 10 last weekend in Malaysia, Niki Lauda says clearly Ferrari would have easily overtaken Mercedes and been at least 30 seconds ahead at the chequered flag. Even more, Red Bull have become a strong factor in separating both teams, their chassis is incredibly strong that compensate for the lack of power from the Renault engine. It'ss been years we have been waiting for a three-team battle for race wins, now its game on.

Ferrari managed to create an all-rounder very good car, reliability has been their weakness. While Mercedes, constructed a "diva" car, that is phenomenal when everything works or is a nightmare when they don't find the sweet spot of it. This comparison is crucial for the last 5 races and this brings me to say that everything is still open. For all you Vettel fans, i'm telling you that I think it will still go down to the wire in Abu Dhabi.

I strongly believe this weekend, has the potential to re-animate the drivers' championship. Let's see what this weekend brings!

The Japanese really know how to show their passion for F1, their creativity is impressive in finding ways to show their support for their favorite team and driver. The track is phenomenal as well, one of the all-time classic and very much appreciated by drivers. The layout is unique, it's the only "8" shaped track that overlaps.

Three-way, two-way or one way fight to victory?

What's fascinating is that you have three teams, that each have their dominance in each of the three sectors that compose the track. First Sector is Ferrari land, Second Sector Red Bull and Third Sector is Mercedes territory. It will be down to whom between these three teams will find the extra mili-second to make the difference.

Ferrari are coming into the weekends, with the hope that luck will finally turn around, after two calamitous races. Vettel will not get any penalties, therefore if everything goes to plan, will start in the top 3. Plus don't forget that Vettel, has nothing to lose anymore, its full attack mode from now on.

Mercedes are hoping that Suzuka should be a more suitable track, with lower temperatures (to operate the tyre) and more demand horsepower wise. The new aero package they brought in Malaysia, has been analyzed and modified to suit the drivers more. But we must not forget the reliability factor, we are arriving towards the end of life for the engines, turbos, batteries are not new anymore, all this will further test them to the limits. Bottas, in my opinion is a wounded-soldier and is no reliable to battle for the podium, put your money on Lewis that will always bring out this extra milli-second to make the difference.

Red Bull are once again going to play the trouble-maker. They have now one of the best chassis through-out the grid. What they showed since Singapore, is very impressive and the momentum is on their side. They are my joker for the weekend and the rest of the season, because both Verstappen and Ricciardo can interfere severely in the championship battle between Vettel and Hamilton. Look out for them.

Old-School track, with very-fast, medium and slow speed corners which require high downforce. With Pirelli bringing soft compounds, this will typically mean a two stop strategy as the longevity of the tyres will be tested on this challenging track. Managing the tyres will be crucial.

Suzuka is famous for its changeable conditions, this will be showcased Saturday during Qualifying. Sunday is expected to be Sunny and warm (28°C). The key will be to foreshadow the right set-up in Dry condition, even though Friday and Saturday they will have to guess all of this in Rainy conditions.

Turning point in the Drivers' Championship?

Let's make one thing clear, the Drivers' Championship is far from over. 5 races left, 125 points left for grabs. Everything is still open. The last race on the Asian calendar could re-open the doors to anything is possible. Let's hope so, because that would make one of the best F1 season in many years. 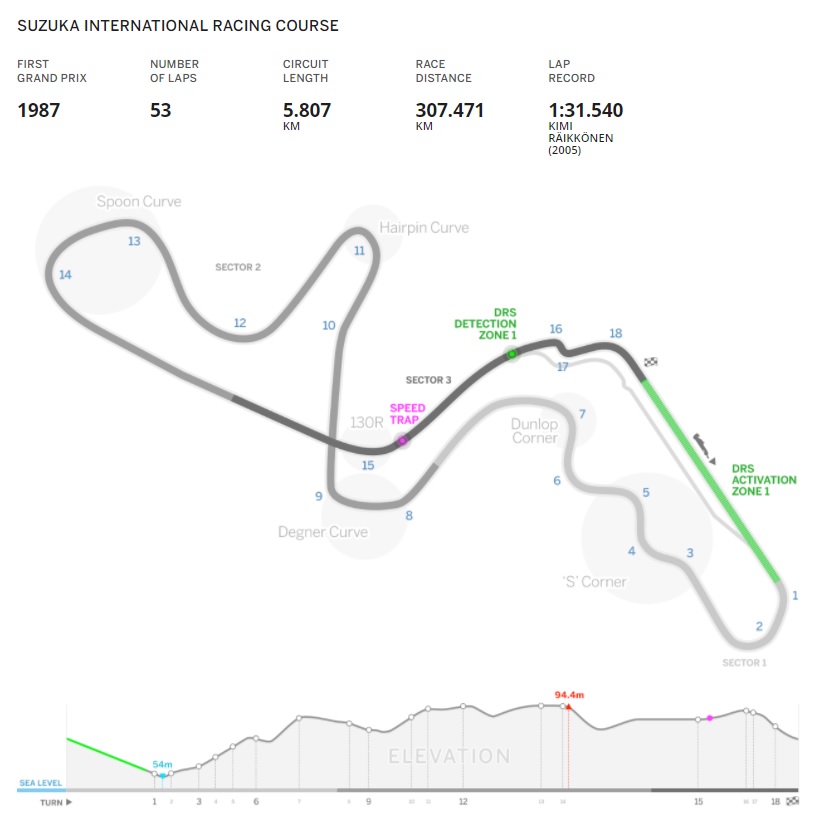 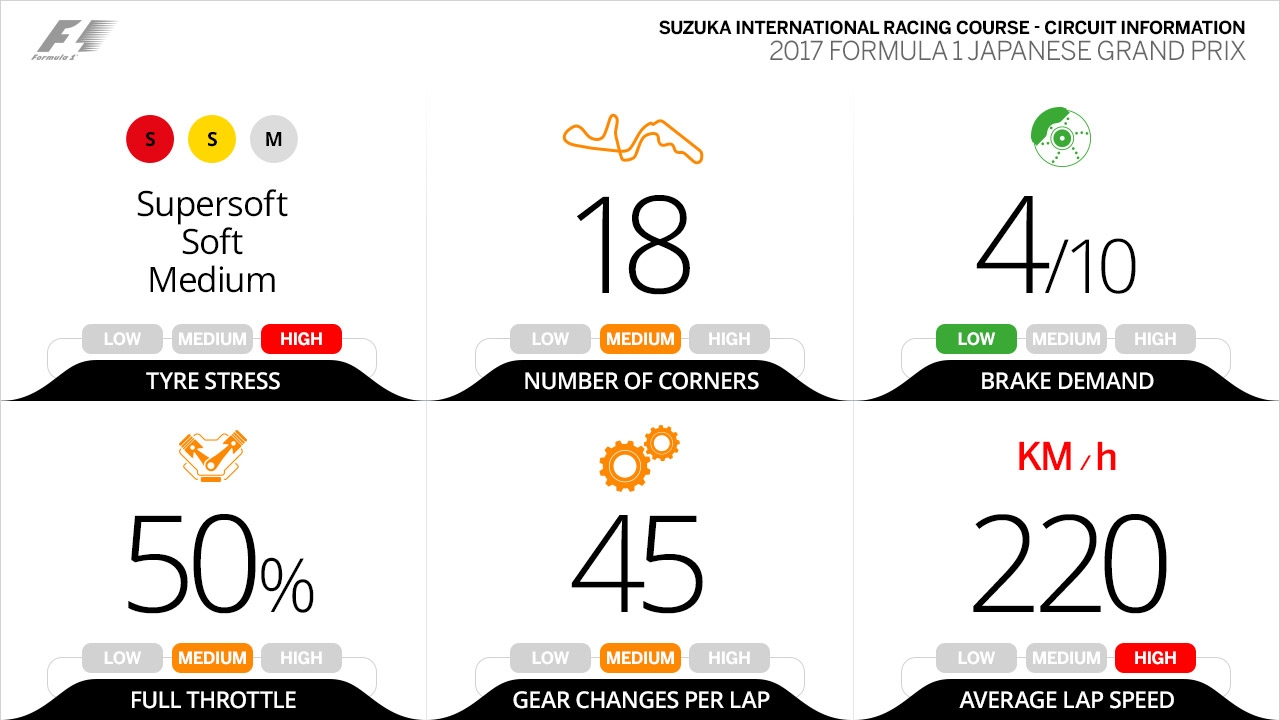 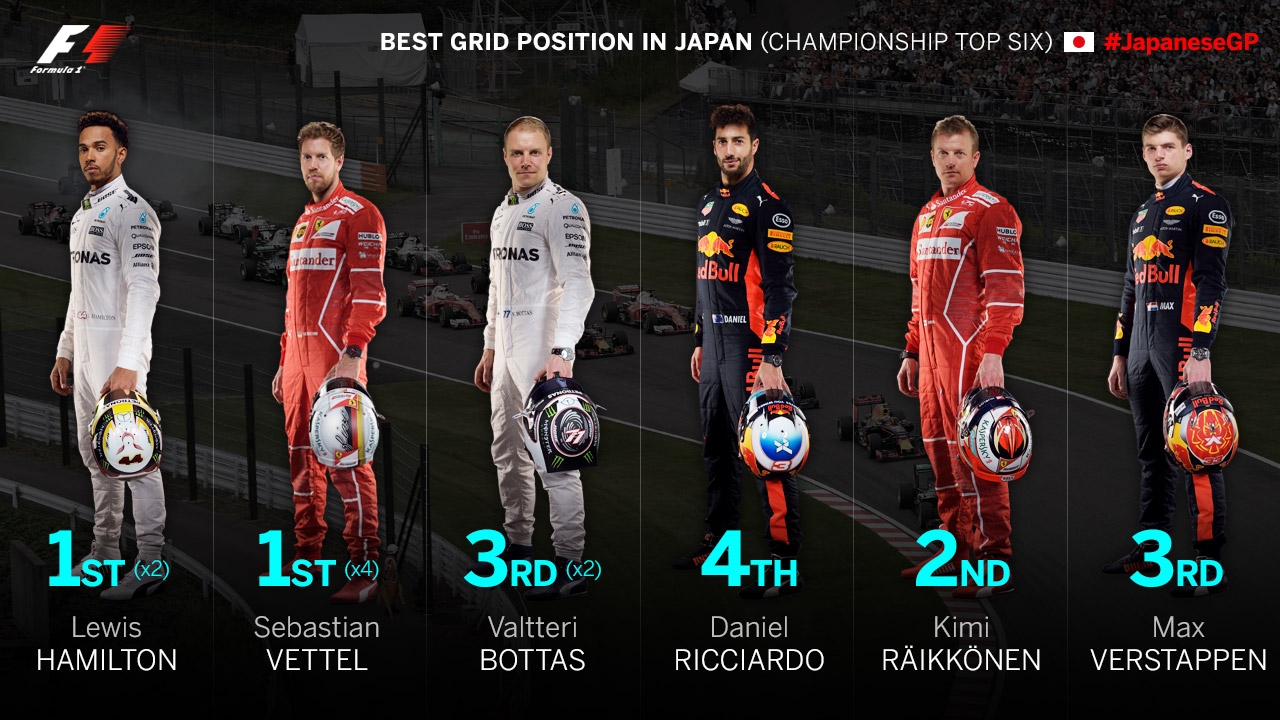 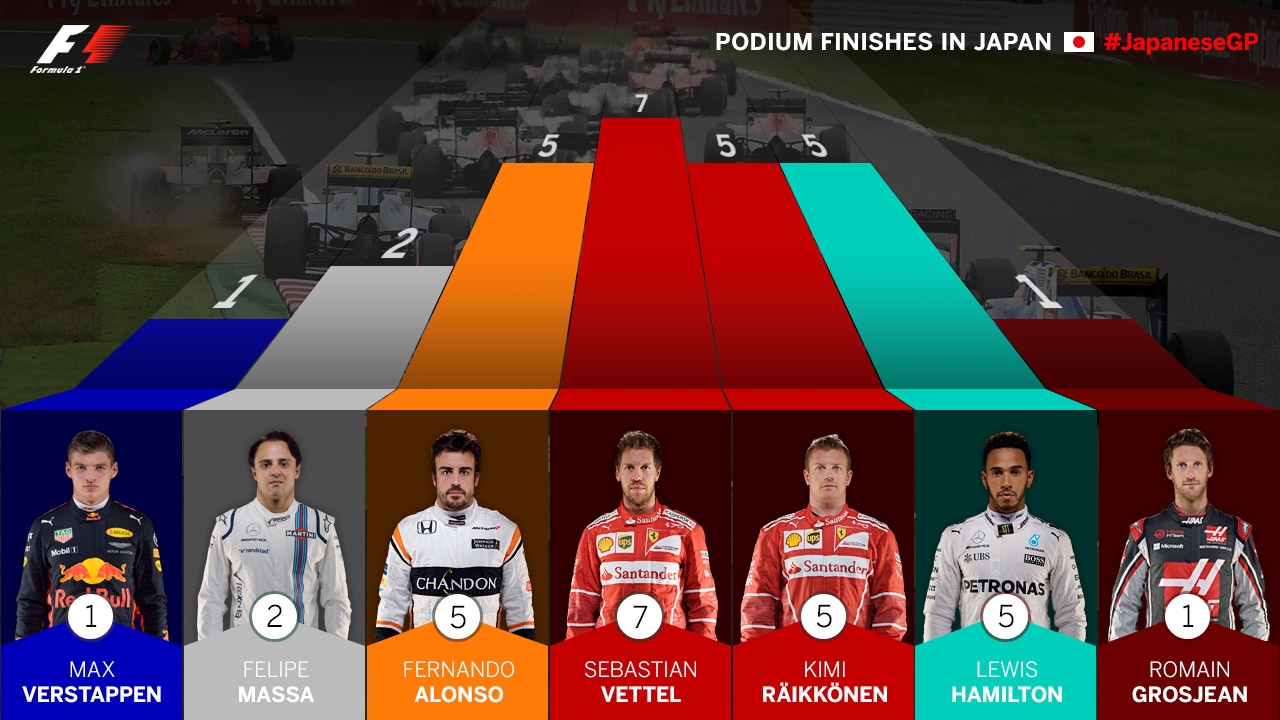 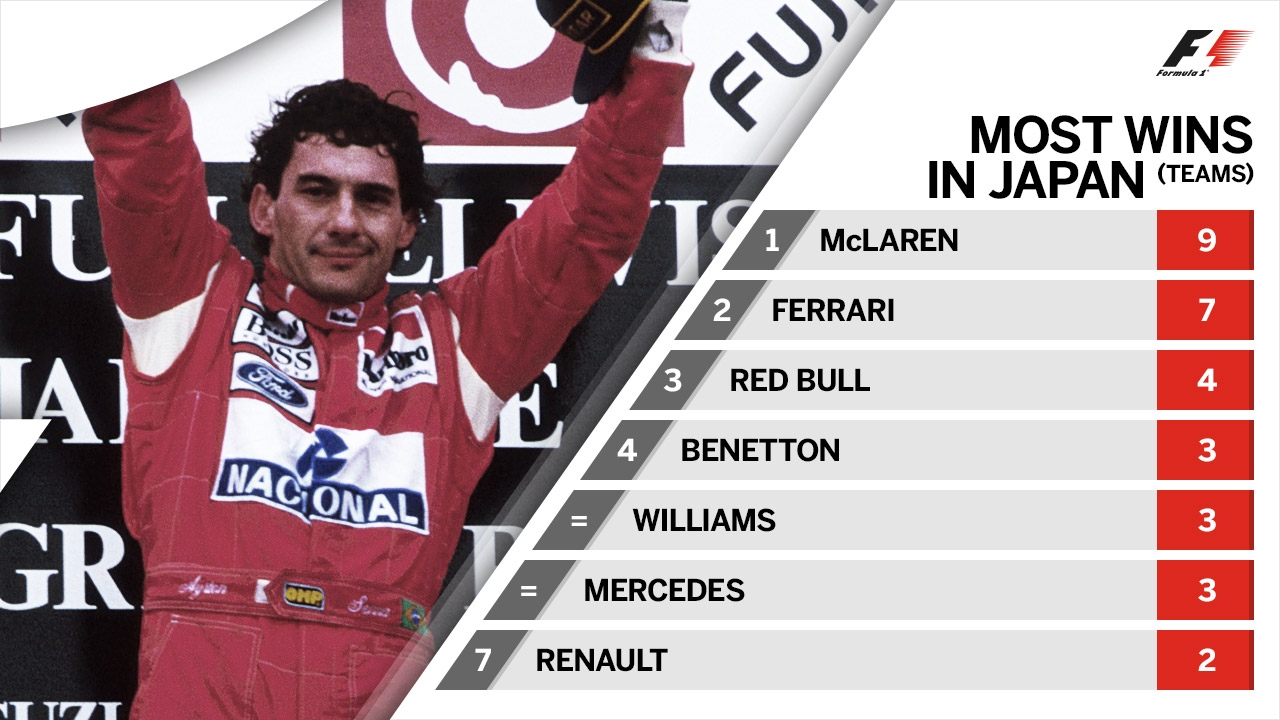 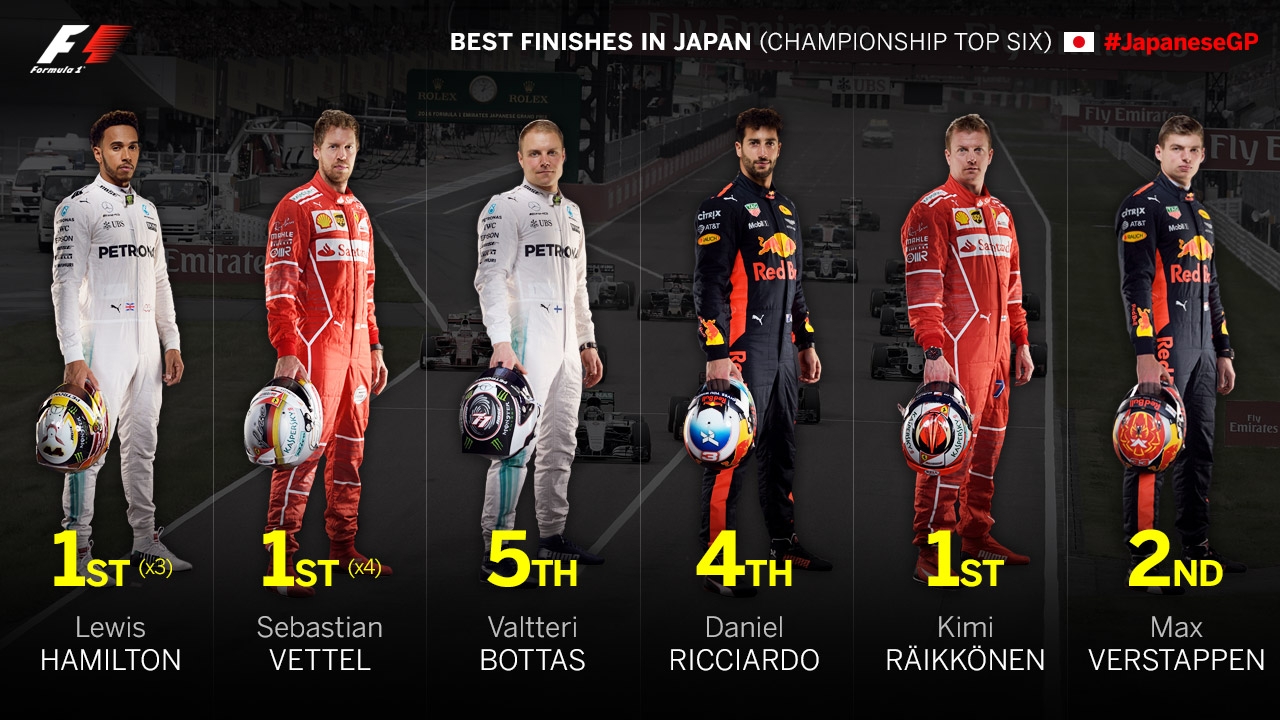 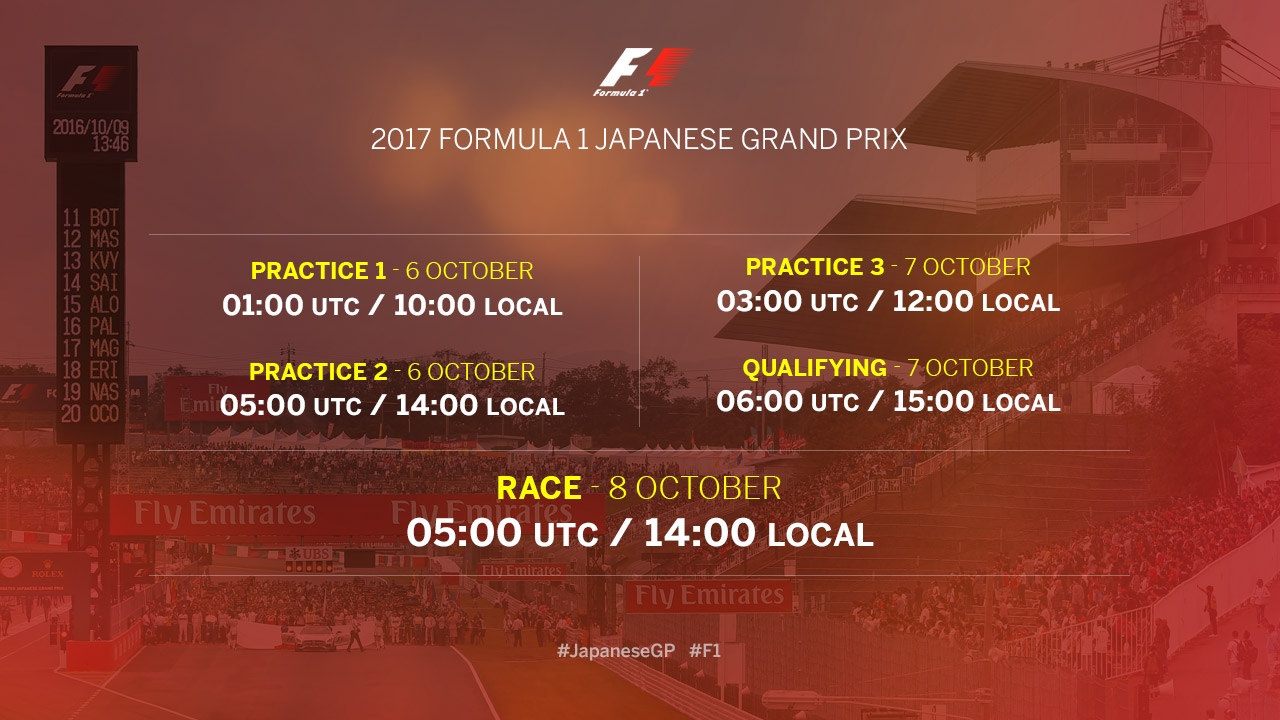 Prophecy for the Japanese Grand Prix

Joker: Red Bull, they are definitely the real joker from now on. Watch out how they can disturb the championship fight.

Safety Car: No, sunny weather is expected and generally safety car stays in.

In conclusion, as much as it is one of the most spectacular tracks on the F1 Calendar, it is also a deadly one. Let's not forget what happened to Jules Bianchi and the loss of such a talent.

That is your lot from me, enjoy this last GP and don't forget that you can chat with me all weekend long via this website.